Hormones are vital chemical substances in humans and animals. They are often referred to as “chemical messengers” since they carry information and instructions from one group of cells to another.

In the human body, hormones influence almost every cell, organ and function. They regulate our growth, development, metabolism, sexual function, tissue function, reproduction, the way our bodies use food, our moods, and of course, breast growth. 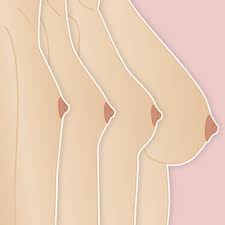 Read through this list of important hormones for breast growth to get more familiar with the various hormones naturally present in your body and how they contribute to breast growth.

Estrogen is undoubtedly one of the most important hormones for breast growth. It’s referenced again and again by breast enhancement pills and for good reason, too – it is the hormone most responsible for the size of your breasts.

It is the main sex hormone in women and is essential to the menstrual cycle as well as the hormone uniquely responsible for the growth and development of secondary sexual characteristics, including the breasts, a wider pelvis, and an increased amount of body fat on the buttocks, thighs, and hip region. Estrogen also contributes to the relative hairless-ness of women compared to men.

Estrogen exists in men as well as women, but it is found in higher amounts in women, especially for those women capable of reproducing.

Estrogen is in fact not really a single hormone; it’s more of a term that includes a group of chemically similar hormones, including estrone, estradiol, and estriol. Estradiol, which is most abundant in women of reproductive age, is the strongest of the estrogen hormones and the one most responsible for breast development.

This is the hormone that is found in the root of the Pueraria Mirifica plant in the form of miroestrol and deoxyestrol. Overall, estrogen is produced in the ovaries, adrenal glands, and fat tissues. This is one of the reasons why Bovine Ovary supplements are able to stimulate the production of natural hormones in our body.

Estrogen contributes to the development of breasts during puberty and pregnancy by sending signals to the body that leads to the maturation of breast tissues, ducts, and glands. Receptors located in the cells of breast tissues are stimulated by the presence of increased estrogen and as a result, the breast tissues expand and grow.

Estrogen-fueled breast growth mainly occurs during puberty and during pregnancy. Transgender men who desire a more feminine form typically receive hormone treatment, which includes estrogen, to develop their breasts, as the tissues in their chest also contain estrogen receptors.

Progesterone is a steroid hormone that is important for breast growth. It works alongside estrogen to maintain female reproductive health and female sex characteristics. Men also produce a small amount of this hormone, but it is less important to sexual maturity in men than is testosterone. While estrogen is the primary hormone that stimulates breast growth during puberty, progesterone stimulates the development of the mammary glands in the breast.

Your body begins to secrete progesterone after you ovulate for the first time and is primarily known as the “pregnancy hormone,” since progesterone is produced just before ovulation in order to enhance the possibility of becoming pregnant. The rise in progesterone levels prior to ovulation increases the body temperature, creates more vaginal mucus, and makes the uterus muscles less likely to contract. If pregnancy does occur, the main production of progesterone switches over to the developing placenta around the eighth week of pregnancy.

Progesterone also helps regulate the menstrual cycle of women, which is why chemical forms of progesterone are widely used by women for birth control purposes.

Progesterone contributes to breast development by prompting the formation of milk glands. Estrogen first induces the enlargement of tissues within the breast and then progesterone ensures these tissues develop proper functioning within the breast to aid in breast development. Progesterone also develop the alveoli in your breasts. Alveoli are hollow cavities lined with milk-secreting cells. When these avleoli join, they form groups called lobules. As the lobules and alveoli of the breasts become more developed from progesterone, the alveolar cells become bigger, increasing the size of the overall breast.

Although commonly known as a male hormone, female bodies do produce testosterone as well. The ovaries, specifically, produce small amounts of testosterone, which is necessary for strong muscles and a healthy sex drive. Just as men also have estrogen and progesterone produced in their bodies at a smaller amount than women, women also have smaller amounts of testosterone – a woman normally produces just 3/10 of one Mg of testosterone per day. Additionally, about 75% of this is converted into estrogen by a process called aromatase. The aromatase process takes place in the body’s fat cells, which create a special substance called an aromatase enzyme which converts excess testosterone into estrogen.

Prolactin is a hormone secreted by the pituitary gland in the brain and is typically secreted during the first few days of the menstrual cycle, sometimes producing noticeable changes in the breast tissue during these days.The body secretes the most prolactin during puberty and pregnancy. During puberty, prolactin works in concert with estrogen to develop the mammary glands while simultaneously increasing the number of estrogen receptors in the breasts.

Prolactin is also responsible for storing fat in the breasts by increasing the production of lipo-protein lipase (LPL) in your breasts, which is an enzyme that works to store fat.At the onset of pregnancy, prolactin levels decrease as estrogen and progesterone enlarge and develop the breast. Later in pregnancy, after the breast is developed, prolactin levels are elevated, allowing for breastfeeding.

Growth hormone is a hormone produced by the pituitary gland, which stimulates the release of another hormone called somatomedin by the liver.  Growth hormone is made throughout a human’s lifetime but is most plentiful during youth. The hormone stimulates the growth of cells, tissues, organs, muscle, cartilage, and bone. It also aids in tissue repair and cell replacement, we well as the maintenance of the female sex drive.

Sadly, the human body begins to produce less human growth hormone as it ages. Significant decreases begin to happen after the age of thirty and by the time you reach sixty, your growth hormone levels are close to 75% lower than they were when you were twenty.

As important as hormones are to breast growth – it’s not a matter of simply raising one of two of your hormone levels. Safe, successful breast growth is all about the interaction of the key hormones. You’ll find out exactly what hormonal profile at what time of the month contributes most to growth as well as a step-by-step guide on how to create the perfect conditions for maximum breast gain – it’s all in your copy of the C Cup Code!

HGH: Why this Little Hormone is Crucial for Breast Growth and How You Can Get More of It

Acne on Bovine Ovary? Some Tips to Keep You Acne Free

How to Maximize Your Breast Enhancement Cream

What You Must Know Before Taking Bovine Ovary

Should I Take Fenugreek or Pueraria Mirifica for Natural Breast Enhancement?

This website uses cookies to improve your experience while you navigate through the website. Out of these cookies, the cookies that are categorized as necessary are stored on your browser as they are essential for the working of basic functionalities of the website. We also use third-party cookies that help us analyze and understand how you use this website. These cookies will be stored in your browser only with your consent. You also have the option to opt-out of these cookies. But opting out of some of these cookies may have an effect on your browsing experience.
Necessary Always Enabled
Necessary cookies are absolutely essential for the website to function properly. This category only includes cookies that ensures basic functionalities and security features of the website. These cookies do not store any personal information.
Non-necessary
Any cookies that may not be particularly necessary for the website to function and is used specifically to collect user personal data via analytics, ads, other embedded contents are termed as non-necessary cookies. It is mandatory to procure user consent prior to running these cookies on your website.
SAVE & ACCEPT

Get the Simplest, Smartest Tips to Help You
GROW BIGGER BREASTS

The most helpful, boobie-growing tips and tricks delivered straight to your inbox :)